DirectAdmin Knowledge Base and Support

DirectAdmin is a web panel for a simple administration of both virtual and dedicated servers. DirectAdmin is faster, safe and more powerful than any other CP. And we know how to customize and support it.

Should you have a need to upgrade an operating system on your server with Directadmin or want to move to another release, and you don't have an access to directadmin control panel to change OS in a license. Here you will find out how to correctly deal with it.

What is it all about? 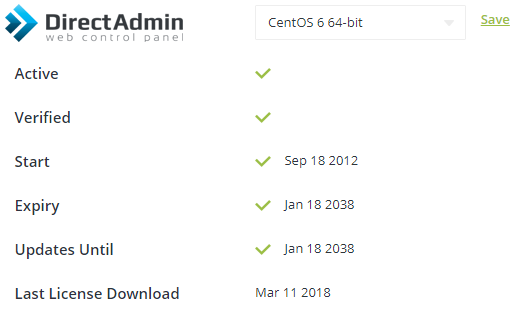 Directadmin supports various OS releases, it's distributed as a pre-compiled binary and is a platform-dependant software. If you have a binary for FreeBSD%20it won't work on Debian, CentOS. Even a binary for CentOS 6 won't work correct on CentOS 7. So it's very important that you have a match of the binary to the OS for which it is compiled for.

Every directadmin license is bind to an OS release, and in the earlier days we could change it only via a ticket to a support team. That's how it used to be until now. It's changed these days...

How to change OS in Directadmin

Sure, if you purchased your license directly from Directadmin and have access to a client portal, you should go to directadmin site and update OS version in a license. 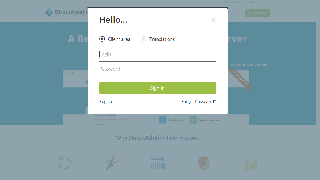 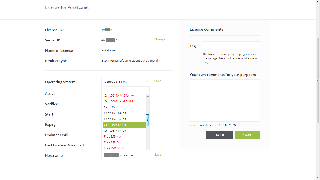 Since Directadmin version 1.53 you can override OS on your server's side without a need to change the operating system in a license, and directadmin will update its version with a correct binary whenever a new release is available.

So let's say you have a License for CentOS 6 and run a box with CentOS 7. Here is how you can override OS in directadmin's settings. Run the following command:

You should control it with:

That's it. Now you can update your directadmin binary to CentOS 7.

You can use our script to update binary:

Tags: directadmin directadmin.conf tips
←  Wrong client IP detected after upgrade Apache to 2.4.33  | Start |  MySQL: Access denied; you need the SUPER privilege for this operation  →
About Us
We are a team of professionals, and specialize in installation, configuring and managing of remote virtual and dedicated servers powered by Linux/Unix-like OS with DirectAdmin. We support various sets of software, including web-servers Apache, Nginx; internet domain name servers Bind, PowerDNS; mail-servers with POP3, IMAP and SMTP, FTP-servers, etc. After years of working through the most complex server challenges our team has gathered valuable experience and universal solutions suitable for everyday tasks. We are here to lend you a helping hand and take care of your servers in order to let you have enough time to do more of what you love.

SEE HOW WE CAN HELP!
Categories
Sitemap
Privacy Policy
Hire Admin
© 2022 DirectAdmin Knowledge Base is managed by Poralix Support.
DirectAdmin © 2003 JBMC Software, Suite 173 3-11 Bellerose Drive, St Albert, AB T8N 1P7 Canada.
All of the information and data on this site is for informational purposes only and is provided for the convenience of the user.